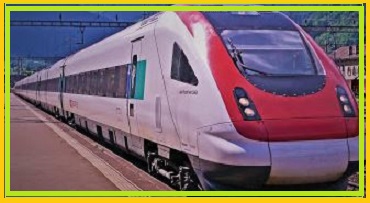 India’s first ever indigenously built (Made in India) engineless train ‘Train-18’ is all ready for trials on 29th October 2018.

The 'Train 18' will make three to four days trial outside the Coach Factory’s premises at a speed of 180 km per hour. After a series of successful trials, it will be further given to the Research Design and Standards Organisation (RDSO) for further trials.

The Train 18 is made up of the stainless steel body, with full scape windows and driver’s cabin at both ends of the train. It is driven by a self-propulsion module without a separate locomotive.

The Train 18 was constructed in about Rs 100 crore of a budget.

The Train 18 is capable of running at a speed of up to 160 kmph. It can run on both sides like a metro train.

The Train 18 supreme model has 16 coaches. Passengers can also have a look at the driver’s cabin.

The Train 18 will also be equipped with CCTV cameras. It will be a fully air-conditioned train.

The Train 18 will have two executive compartments in the middle with 52 seats each and the trailer coaches would have 78 seats each.

The footstep in a coach’s doorway slides outward when the train stops at a station enabling passengers to board or deboard safely with comfort.

The Train 18 is considered as a successor to the Shatabdi Express which was launched in 1988 and is currently running on over 20 routes connecting metros with other important cities.

The Train 18 will cut travel time by 15 percent compared to the Shatabdi Express.