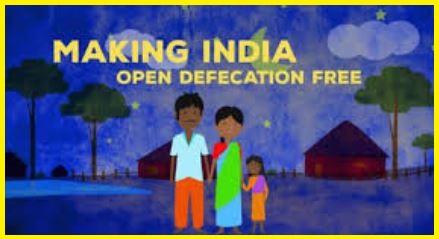 Open defecation relates to the human practice of defecating outside in the open environment and not in a designated toilet.

3. Meghalaya: Meghalaya achieved its ODF status in January 2018. The state now aims to make all the 2,347 villages in 11 districts free from solid and liquid waste in a year’s time.

4. Mizoram: Mizoram declared itself as an open defecation-free state in July 2018, after all, eight of its districts were reported to have 100 percent sanitation coverage.

5. Nagaland: Nagaland declared as the 22nd Open Defecation Free state (Rural) in the country in October 2018, on the occasion of the 149th birth anniversary of Mahatma Gandhi.

Vice President Mr. Venkaiah Naidu has declared the rural are...