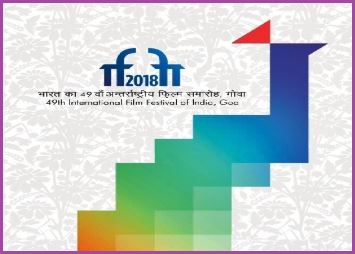 The 49th International Film Festival of India (IFFI) was held in Panaji, capital of Goa. The closing ceremony was held at Shyama Prasad Mukherjee Stadium in Bambolim in Panaji.

“The Aspern Papers” was  opening film of the festival and closed with the world premiere of the German film “Sealed Lips”. More than 220 movies from 67 countries were screened at this year’s IFFI. 26 feature films and 21 non-feature films were screened in the Indian Panorama section.

Best Actor (Female) Award: Anastasiia Pustovit for her role in ‘When the Trees Fall’ (Ukrainian)

About the International Film Festival of India (IFFI)

IFFI is an annual & biggest state-backed international film festival in India. It is conducted jointly by Union Ministry of Information and Broadcasting, Directorate of Film Festivals and Government of Goa.

Aim: It aims at providing a common platform for cinemas of the world to project the excellence of the film art