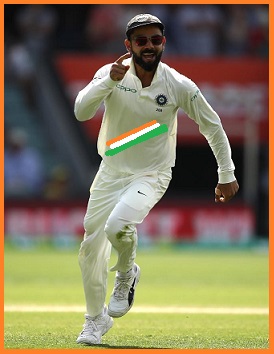 Indian Captain Virat Kohli became the first Indian skipper to win a Test in South Africa, England and Australia after defeating Australia by 31 runs in the First Test Match of the Four Match Test Series at Adelaide.

Former Indian Captains Rahul Dravid and MS Dhoni won Test matches as Captains in England and South Africa but not in Australia.

Out of 43 Tests, India has won 25 Tests in Virat Kohli’s Captaincy.

After this win, India became the Second Asian Country after Pakistan to win the Opening Test of a Series in Australia.

The last Test India won in Australia was at the WACA Ground in Perth in 2008 under the Captaincy of Anil Kumble.

Earlier, Virat Kohli has completed 4000 Test Runs in his 65th innings and in his 39th Test against England.