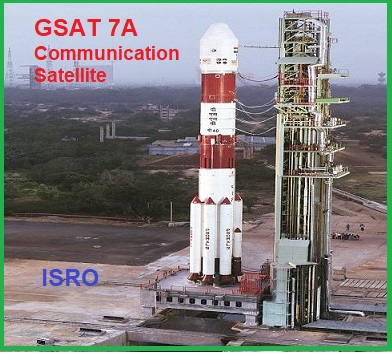 The GSLV-F11 is ISRO's 4th generation launch vehicle with three stages. The launch vehicle, which is in its 13th flight, will inject GSAT-7A into a Geosynchronous Transfer Orbit (GTO).

GSAT-7A satellite has a mission life of 8 years has been built to provide communication capability to the users in Ku-band over the Indian region. The satellite will be placed in its final Geostationary Orbit (GEO) using the onboard propulsion system.

As per to the ISRO officials, GSAT-7A will take a few days after separation from the launcher to reach its orbital slot.

Earlier on 5th December 2018, India’s next generation high throughput communication satellite, GSAT-11 was successfully launched from the Kourou launch base in French Guiana by Ariane-5 VA-246.