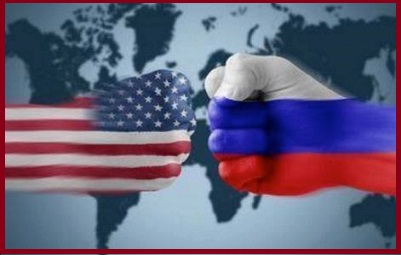 Recently on 19th December 2018, Russia has confirmed that the United States of America has decided to cancel the Intermediate-Range Nuclear Forces (INF) Treaty signed between Russian and the USA in 1987.

The USA had already announced the withdrawal decision from the INF treaty in October 2018.

The INF Treaty was signed in 1987 between US President Ronald Reagan and USSR President Mikhail Gorbachev.

The treaty aimed to end arms race between USA and USSR during cold war and to ensure some strategic stability in Europe.

The INF treaty banned the development, testing and possession of short and medium-range ground-launched nuclear missiles having ranger between 500-5,000 km.

Also, all the nuclear and conventional missiles, as well as their launchers, with ranges of 500–1,000 km or (short-range) and 1,000–5,500 km (intermediate-range) were banned under this treaty.

The Treaty proved to be a potent deterrent against any full-scale nuclear war in Europe. Almost 3,000 existing weapons were dismantled and destroyed after the signing of this treaty.

Russia has warned to take retaliatory measures and to counter any aggression if its security gets threatened after the US pulling out of the INF treaty.