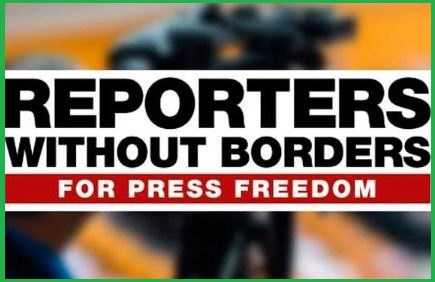 According to the annual worldwide round-up of deadly violence and abusive treatment of journalists released recently by Reporters without Borders (RSF), India is the 5th deadliest place to be a journalist, Afghanistan worst

The RSF showed the most Deadliest Place for Journalist is  Afghanistan as 15 journalists were killed in 2018. The list is followed by Syria, where 11 of the Journalist were killed.

The numbers had been declining for the previous 3 years.

The number of journalists detained worldwide at the end of the year – 348 – is up from 326 at this time last year.

This report is being compiled every year since 1995.

Earlier in 2017, more than half of the world’s imprisoned journalists are being held in just five countries: China, Iran, Saudi Arabia, Egypt, and Turkey. China remains to be the world’s biggest jailer of journalists with the number as high as 60.