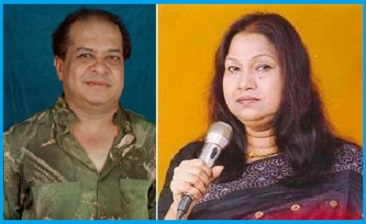 Usha Timothy is a Bollywood playback singer. Usha Timothy has sung more than a thousand songs in multiple Indian languages such as Hindi, Malayalam, Punjabi, Bhojpuri, and Marathi.

Usha Timothy was often referred to as “Singer with a difference”. She started her career with the movie 'Himalaya Ki God Mei' in 1965.

Laxmikant Shantaram Kudalkar (died at 61 years of age) had a successful and long partnership with Pyarelal Ramprasad Sharma. As music composers duo they gave hit tracks like Bindiya Chamkegi’, ‘Main Shayar Toh Nahin’ and ‘Hansta Hua Noorani Chehra’ among others.