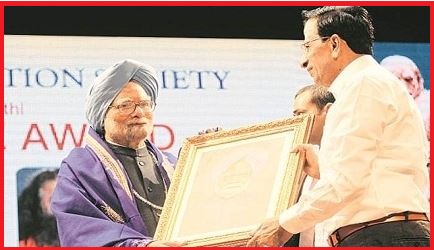 Manmohan Singh was awarded for his contribution to the field of public leadership.

Japan-based philosopher and teacher of Hindu philosophy, Dr. Sengaku Mayeda, was conferred the award in-absentia in the international category.