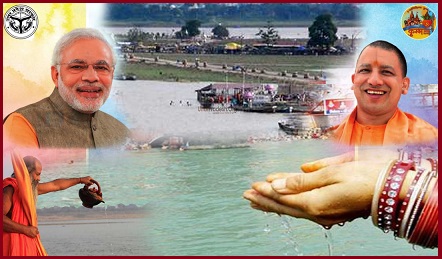 Prime Minister Narendra Modi on 11th January 2019, inaugurated the Gangajal Project which aims to boost water supply to the city of Agra in Uttar Pradesh.

The Gangajal project aims to provide a better supply of drinking water which will benefit the residents as well as tourists.

The Gangajal project also aims to bring 140 cusecs of Ganga water to Agra to help in meeting the drinking water demands in the city.

The Gangajal project was launched in 2005 in collaboration with the Japan International Cooperation Agency and was scheduled to be completed by March 2012.

The Gangajal project missed several deadlines and even the cost of the project escalated from Rs 345 crore in 2005 to over Rs 2,800 crore.

Under the Gangajal project, Agra will get 140 cusec water supply per day from Palra headworks in Bulandshahr’s Upper Ganga canal through the pipelines. Together with Agra, Mathura and Vrindavan will also get water through these pipelines.

Study Report: Ganges River drying up in summers due to groundwater depletion: Details

Study Report: Ganges River drying up in summers due to groun...