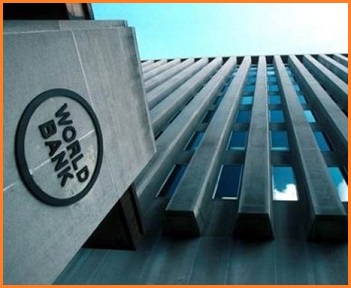 The World Bank-ILO report titled Exports to Jobs: Boosting the Gains from Trade in South Asia has been released.

The World Bank-ILO report studies the effect on local employment and wages of changes in exports by combining disaggregated data from household-level or worker-level surveys with trade data from India and Sri Lanka.

Increasing exports together with leading to better jobs and higher wages in India will generate more formal sector employment for youth and women.

Increasing exports would boost average wages and the biggest beneficiaries of this wage gain would be the high-skilled, urban, more experienced, and mainly male workers.

For low-skilled workers, there would be an increase in formal jobs.

Exports can improve the performance of local labor markets. Hence labor market policies must aid different groups of workers to acquire the right skills and ensure that the gains of increased exports are shared more broadly across society.

India’s growth rate of 7.2 percent in 2017 reduced the number of people living in poverty.

Even then, most Indians doesn’t have regular jobs in the formal economy and differences in wages across regions and in the quality of employment opportunities prevail.

Indian exports which are mainly capital intensive like chemicals and fabricated metals reduces the direct benefits to workers.

India can ensure that greater export orientation can boost workers’ gains from trade and spread them more widely, so benefiting disadvantaged groups.

The World Bank-ILO report also concludes that more exports can create benefits for workers by raising wages and reducing informality and this requires stronger policies to ensure these benefits reach everyone in the labour market and don’t leave any groups behind.