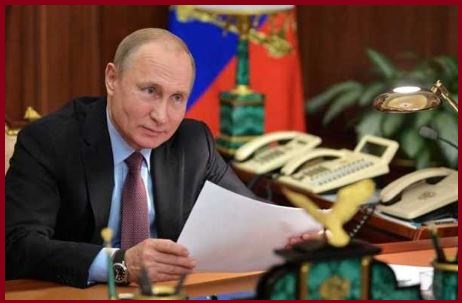 Russian President Vladimir Putin signed into law a “sovereign internet” bill that will allow Russian authorities to isolate the country’s internet to expand the Government Control of the Internet. This move is being publicly denounced by all rights groups in Russia and will lead to censorship over large parts of the Internet.

The new move requires Internet providers to install types of equipment for routing Russian web traffic through servers in Russia which will allow the Russian intelligence agencies of state authorities to control public information.

The text of the law was published on 1st May 2019 and will come into effect after November.

The move includes measures to create technology to watch internet routing, to move Russian internet traffic away from foreign servers.

In March 2019, the Russian President signed a controversial law that permitted courts to fine and briefly imprisons people who showed disrespect towards authorities. He also blocked the media for publishing “fake news”.

These laws are part of an ongoing Kremlin prevention on media and internet freedoms in which the public is imprisoned for sharing petty humorous memes.

Creation of an alternative Domain Name System (DNS) was asked to protect the Russian-language section of the internet if it is disconnected from the World Wide Web.

The government vehemently defended the legislation as a defensive step in case the United States cuts Russia out from the global Internet.

Russia took this step to ensure the security of its network after the US (United States) President Donald Trump brought about a new American cyber-security strategy in 2018 that held Russia responsible for carrying out cyber-attacks.