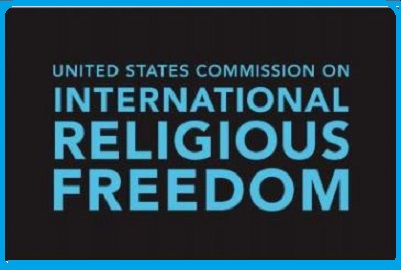 In  International Religious Freedom 2019 report, USCIRF unflinchingly describes threats to religious freedom around the world and recommends to the State Department countries for designation as “countries of particular concern” (CPCs) for engaging in or tolerating systematic, ongoing, egregious violations.

The 16 countries USCIRF recommended for CPC designation include 10 that the State Department so designated in November 2018 – Burma, China, Eritrea, Iran, North Korea, Pakistan, Saudi Arabia, Sudan, Tajikistan, Turkmenistan – as well as six others that the State Department has not designated – Central African Republic (CAR), Nigeria, Russia, Syria, Uzbekistan, and Vietnam.

The five entities recommended for EPC designation include the Islamic State of Iraq and Syria (ISIS), the Taliban in Afghanistan, al-Shabab in Somalia, and new to the list this year, the Houthis in Yemen and Hay’at Tahrir al-Sham (HTS) in Syria.

India saw an “overall deterioration of religious freedom conditions in 2018”.

India continues to remain a Tier II country. It is on the same list since 2009.

Tier II countries are those in which violations engaged in or tolerated by the government are serious and characterized by at least one of the elements of systematic, ongoing, and egregious (horrible)’.

» Defence Innovation Hubs to come up in Coimbatore and Nashik