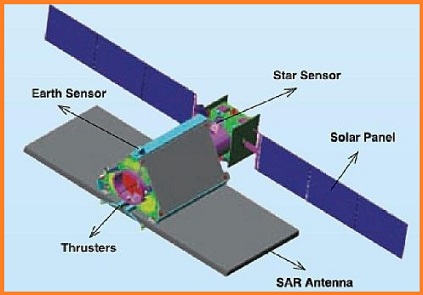 The Radar Imaging Satellite (RISAT-2B) is an earth observation satellite and it would be used for reconnaissance, strategic surveillance, and disaster management.

Regular remote-sensing or optical imaging satellites work like a light-dependent camera that cannot perceive hidden or surreptitious objects in cloudy or dark conditions.

Satellites that are equipped with an active sensor, the synthetic aperture radar (SAR), can sense or ‘observe’ Earth in a special way from space day and night, rain or cloud.

A radar imaging satellite is complex to assemble. Interpreting its images is equally complex.

It will mark the resumption of a vital ring of Indian all-seeing radar imaging satellites after seven years.

It will add to the reconnaissance capability from about 500 km in space. A constellation of such space-based radars means a comprehensive vigil over the country.