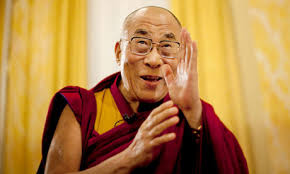 Dalai Lama established Tibetan Parliament in exile and has been an advocator for the Tibetan across the globe.

Dalai Lama is in favour of non-violence, peace and significance of compassion.

Dalai Lama is the head monk of the Gelugpa lineage Tibetan Buddhism and is considered to be the reincarnated souls in the line of tulkus.

Dalai Lama was honoured with Nobel Prize in peace in 1989 for his efforts for liberation of tibet.

Dalai Lama is the recipient of Congressional Gold Medal which was conferred by American lawmakers in 2007.