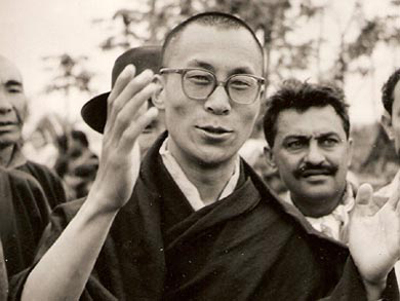 Famous as the Spiritual leader, Dalai Lama of Tibet born on 6th July 1935 in Taktser, Shanghai.

Born in a farming family is the fifth of the sixteen children in the family and was one of seven to survive in childhood.

Dala Lama's early name was Lhamo Donrub and at the age of two Dalai Lama was conferred with 14th Dalai Lama renamed as Tenzin Gyatso.

Tenzin Gyatso was enthroned at the age of fifteen and as a result the regend acted as the head of Tibetan parliament or Kashag until that time.

At the age of 12, His Holiness took the final examination of Dalai Lama at Lhasa's Jokhang Temple during the annual Monlam or prayer festival.

Dalai Lama passed the examination and was conferred with Geshe Lharampa degree, highest degree of philosophy in buddhism.