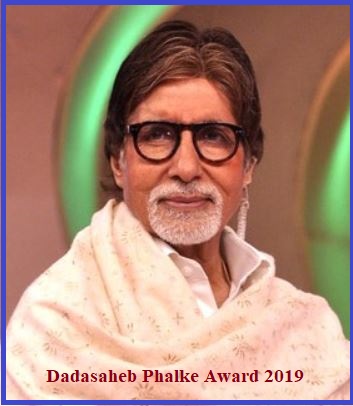 Union Minister of I&B Prakash Javadekar on 24 September 2019, tweeted the information on the Twitter handle.

Amitabh Bachchan entered into Bollywood with Hindi movie named as 'Saat Hindustani' (1969). Till date, he has acted in more than 250 films in many languages.

Dadasaheb Phalke Award is conferred by the Union Government for outstanding contribution to growth and development of Indian Cinema.

Dadasaheb Phalke Award is the highest official recognition (award) in Indian cinema. It is given on the basis of recommendations of a committee of eminent personalities set up by the government.

Dadasaheb Phalke Award consists of a Swarn Kamal (Golden Lotus), a cash prize of Rs. 10 lakhs and a shawl.