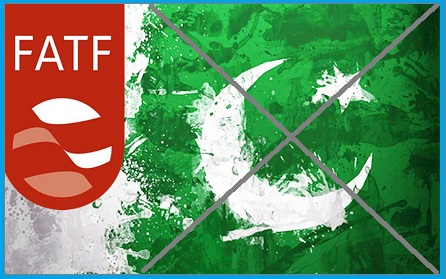 The Financial Action Task Force (FATF) at its plenary meeting in Paris, France on 18th October 2019, has retained its decision to place Pakistan on its Grey List of countries involved in providing monetary assistance to terrorism and related causes for failing to curb terror financing on its soil.

The FATF has warned Pakistan for its failure to combat money laundering and terror financing.

The FATF has given notice to the global financial institutions that they need to prepare to red flag the jurisdiction and ready their systems for the eventuality in February 2020.

If Pakistan continues with the 'Grey List' or is put in the 'Dark Grey' list, it would be very difficult for the country to get financial aid from the IMF, the World Bank, and the European Union which will make its financial condition more precarious.

FATF is an inter‐governmental policy-making body that aims to establish international standards for combating money laundering and terrorist financing. It was established in 1989 during the G7 Summit in Paris (France) to combat the growing problem of money laundering.

FATF Secretariat is housed at the headquarters of the Organisation for Economic Co-operation and Development (OECD) in Paris.