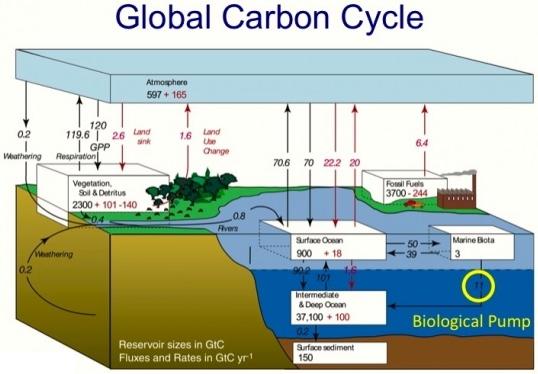 Carbon is a major and important element in elements found on the Earth. Carbon is the main component of many minerals along with organic compounds. It is known as the 'building block of life' because it is found in every living and non-living things. Human activities increase the concentration of carbon dioxide in the atmosphere and some of which is absorbed by plants and some are absorbed by the sea.

It is one of the most important cycles of the Earth and allows recycling and recycling of carbon with the biosphere and all its organisms.

2. Geological Carbon Cycle:- In this cycle, the mobilization of carbon occurs between rocks and minerals, seawater and atmosphere. It is mainly driven by earth's tectonic plates and geological processes.

» Geography: Rejuvenation in landscape , their types and causes