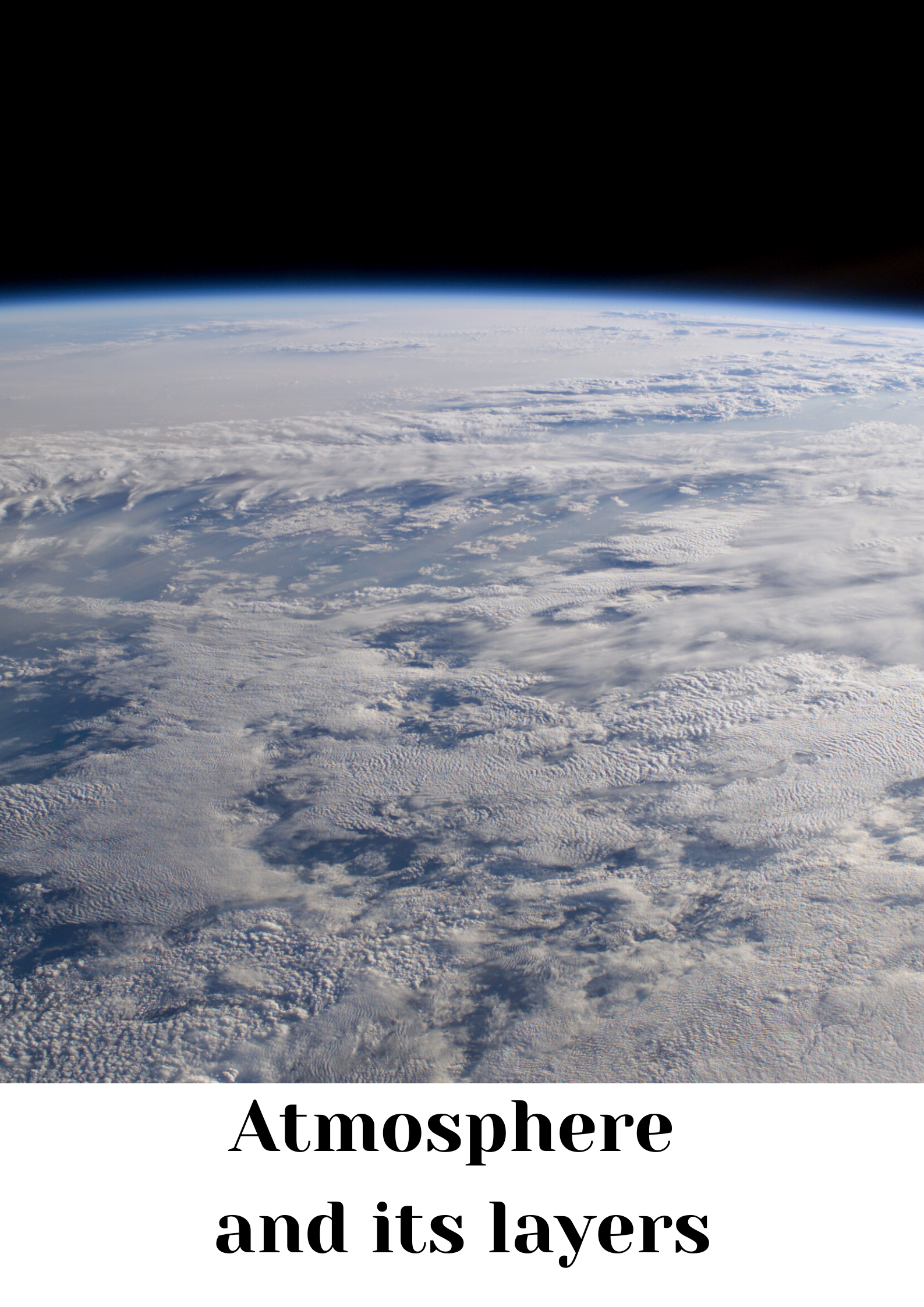 An Atmosphere is a layer of gases and vapour that covers a planet inside it.

It receives solar energy from the sun.

In return earth too radiates energy back into the space.

A Huge amount of energy transfer cannot be seen from human eyes.

The Atmosphere is protecting the earth and life on earth in various forms by maintaining a balance between day and night and absorption of energy.

We live at the bottom of the layer of the atmosphere.

The exosphere is the outermost layer of earth's atmosphere.

This layer is composed of low density of molecules Helium, Hydrogen, Oxygen and others.

The Thermosphere is the second highest.

This layer is cloudless and no water vapour is present.

The Mesosphere is the third highest layer of the atmosphere.

The Stratosphere is the second-lowest layer.

This layer constitues no cloud,smoke,dust or water vapour.

But seasonal temperatures changes can be seen.

The Troposphere is the lowest layer of Earth's atmosphere.

Formation of clouds takes place in this region and hailstones ,smoke and dust are also present here.

This layer consists of 78% Nitrogen,21% Oxygen,0.03% Carbon Dioxide,few % of Argon and other rare gases.

» Geography: Landslides - Why is landslides a havoc?

» Soil, Types of soil: About, Composition, Details, Types of Soil