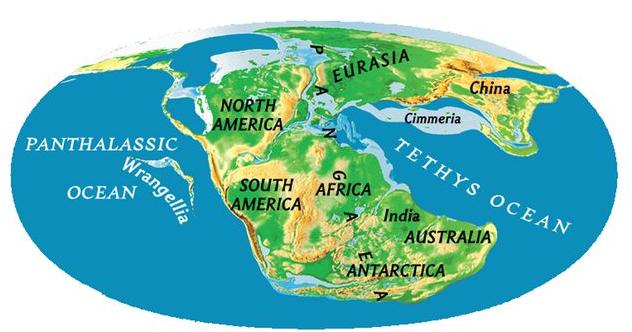 Continental drift theory and the limitation of the theory

The scientists were reluctant in accepting the theory because there was not enough satisfactory explanation to the forces or mechanism that caused these continents to move such great distances, until the 1960s, when the concept of plate tectonics was introduced.

In other words, he could not explain what it was that made the continents move. When the Plate Tectonics Theory was proposed, mantle convection currents was the given mechanism to explain what made them move. Since the continents floated on the plates, the Plate Tectonic Theory provided the much-needed mechanism for Wegner's Continental Drift theory. At once it was readily accepted by almost all geologists.

The use of the jigsaw puzzle analogy as one of the evidence of his theory too was not taken well. The argument was that it was not a perfect fit, whereas the continent's true shape was discovered not to be the shoreline around them, but the edges of their continental shelves. With those outlines, the continents took on a very good fit for the puzzle pieces.

Another problem was that he believed that the continents "plowed" through the rocks of the ocean basins. Most geologists did not believe that this could even be a possible option.

In spite of all the criticism, Wegener was able to keep Continental Drift part of the discussion until his death. To strengthen his case he drew insights from the fields of geology, geography, biology, and paleontology.

Plate tectonics, a modern update of the old ideas of Wegener about "plowing" continents, understands continental motion through the mechanism of seafloor spreading. New rock is created by volcanism at mid-ocean ridges and is returned to the earth's mantle at ocean trenches.

Despite his stupendous evidence for continental drift, Wegener never lived to see his theory gain a wide acceptance. He died in 1930 at age 50 of a probable heart attack while on a scientific expedition in Greenland.

» Polity: Importance of Panchayats in village Community and rural development