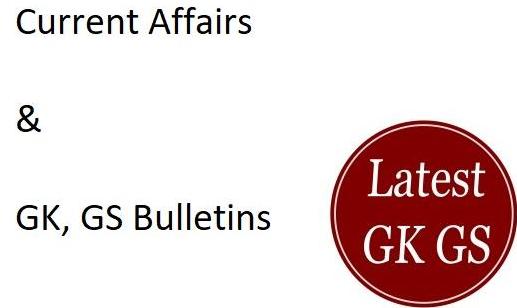 1. International Day of Families is celebrated on 15th May 2018 to spread awareness about the issues that relate to families and to enhance knowledge of the economic, demographic and social processes that affect the families.

5. India and Peru signed an agreement in the field of Renewable Energy. The agreement was signed in the presence of Vice President M Venkaiah Naidu and the Prime Minister Cesar Villanueva Arevalo.

8. Indian Customs and Department of India Posts held a First ever Joint Conference at Vigyan Bhavan in New Delhi to deliberate on streamlining of imports and exports by post.

10. India and Myanmar have signed seven agreements including land border crossing during the visit of Minister of External Affairs, Sushma Swaraj.

11. Kerala has signed a memorandum of understanding with the National Thermal Power Corporation(NTPC) for increasing solar power generation in the state.

12. Vinita Bhardwaj and Mukund Agarwal have won the Gold Medal in mixed air rifle in the International Shooting Competition in Hannover, Germany.

13. Former Rajasthan minister Ram Kishan Verma has passed away passed away recently. He was 77 years old.

15. India's Uvena Fernandes has been selected to officiate as an assistant referee in the FIFA U-20 Women's World Cup.

16. Munu Mahawar has been appointed as the next Ambassador of India to Oman.

International Day of Families Celebrated On 15th May 2018 Th...