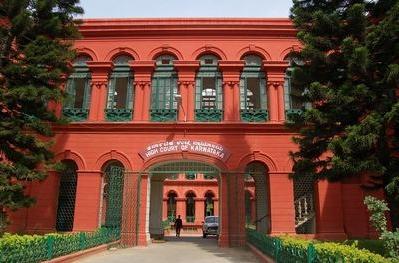 The High Court of Karnataka on 3 November 2017 stayed the operation of two Karnataka Government circulars that had banned registration and use of sub-100cc bikes with pillion seats.

Justice BV Nagarathna stayed the operation of the contentious Rule 143 (3) of the Karnataka Motor Vehicles (KMV) Rules, 1989, which states, No pillion seat shall be attached to a motorcycle with less than 100 cc engine.

The genesis for the two circulars dates 13 October and 23 October, till the government comes out with the amendment to the rule.

Earlier, additional advocate general AS Ponnanna informed the court that the government had issued the circulars based on the observations made by the HC in a motor vehicle accident case, is contemplating amending the rule.

Only 9 Percentage Of High Court Judges Are Women In India

Uttarakhand HC orders to give reservation to transgenders in educational institutions

Uttarakhand HC: Reservation to transgenders in educational i...

» Justice G Rohini to head Panel on sub-categorization of OBC

» 4 Questions in hearing SC over Triple Talaq, Halala and Polygamy