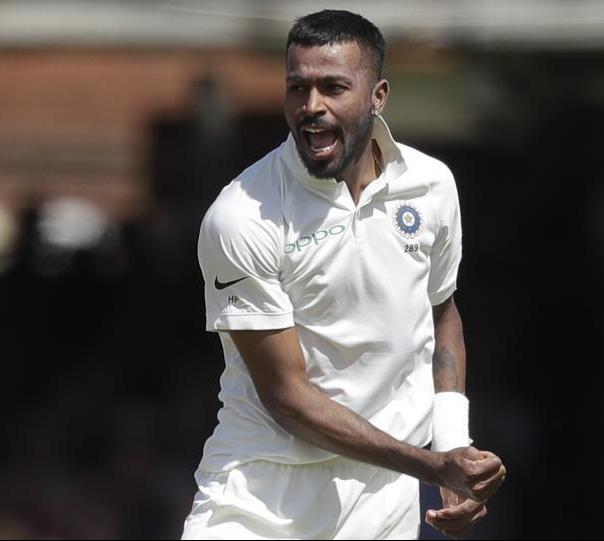 Hardik Pandya has been playing for Vadodara Cricket Team since 2013.

Hardik Pandya was enrolled into Kiran More Cricket Academy in Vadodara by his father at a tender age. Representing Baroda, Pandya came into the spotlight when Baroda was struggling at Wankhede Stadium in the first match of Syed Mushtaq Ali Trophy in the 2013-14 season.

Hardik made his T20 debut against Australia on 27 January 2016., He grabbed three crucial catches for Mumbai Indians which helped them score a victory against Chennai Super Kings.

Later on, he was selected for New Zealand’s tour of India and made his debut at Dharamshala on 16 October 2016. He was named Man of the Match on his debut.

Hardik Pandya was selected for the Indian Test team that toured Sri Lanka in July 2017. In the third and final Test of the series at Pallekele, he scored his maiden Test hundred. This was his first international century.

Hardik Pandya became a familiar name in Indian Cricket since he made his outstanding performance that rescued India from an embarrassing defeat against Bangladesh in Super 10 match of T20 World Cup 2016 with a ball to spare.

Hardik Pandya is Man of the Match in his One Day International debut. He is  Top Scorer in 2016 Syed Mushtaq Ali T20 Tournament with 377 runs. He made fastest ever half-century in ICC Champions Trophy Final.