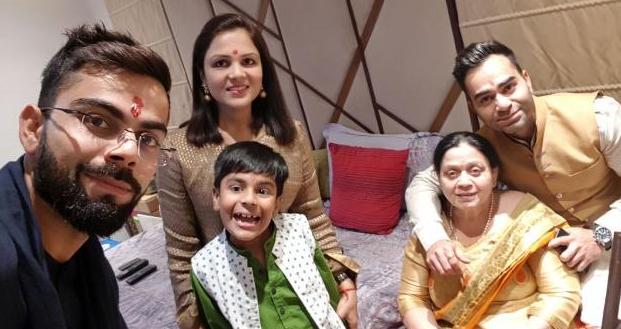 Virat Kohli is a renowned Indian international cricketer. he is the captain of the India national team. Due to his excellent performance in the field, he is often regarded as one of the top batsmen in the world.

Virat Kohli was born on 5 November 1988, in Delhi, India, to Prem Kohli and Saroj Kohli. His father was a criminal lawyer while his mother is a housewife. He has two siblings: an elder brother, Vikash, and an elder sister, Bhavna.

He is married to Bollywood actress Anushka Sharma. The couple tied the knot on 11 December 2017 in Florence, Italy.

He became interested in cricket when he was a little boy. Aged just three, he would pick up a cricket bat and ask his father to bowl to him. He received his early schooling from Vishal Bharti Public School.
His interest in cricket continued to grow and his father had him enrolled at the West Delhi Cricket Academy when Virat was nine. He trained at the academy under Rajkumar Sharma and also played matches at the Sumit Dogra Academy.
His first major success came in 2008 when he captained India Under-19s to victory at the 2008 Under-19 World Cup.