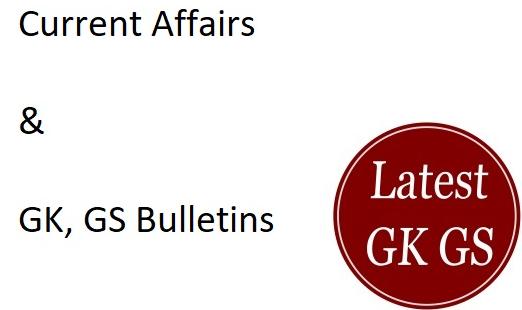 1 a. According to Mercer's global Quality of Living survey 2018, Hyderabad and Pune have been rated as India's most liveable cities and they have been jointly ranked 142nd in the survey.

b. Bengaluru and Chennai has been placed 149th and 151st respectively, while Mumbai was ranked 154th.

c. At the global level, Vienna has been chosen as the best city in 450 cities.

2. The 106th edition of the Indian Science Congress will be held in Bhopal, Madhya Pradesh.

3. Canadian mathematician Robert Langlands has won the Abel Prize for 2018. He has been awarded for his visionary programme connecting representation theory to number theory.

5. Siliguri-based miniature artist Biplab Sarkar has been awarded with the Glenfiddichs Emerging Artist of the Year 2018 award.

7. The ministries of agriculture and skill development signed an agreement to conduct training programmes for agriculture and allied sectors at 690 Krishi Vigyan Kendras (KVKs) across the country.

9. Nanda Bahadur Pun has been re-elected as the vice president of Nepal.

10. Bollywood actress Katrina Kaif has been named as the brand ambassador of a non-profit organisation Educate Girls.