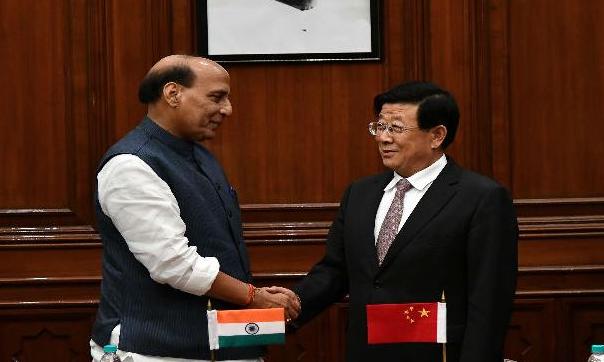 Union Home Minister Rajnath Singh chaired a high-level meeting on the bilateral security cooperation between India and China with China's State Councilor and Public Safety Minister Zhao Kezi in New Delhi. Chinese ministers are on a trip to India from October 21 to 25.

The purpose of this agreement is to discuss, cooperate and rein in the areas of terrorism, organized crime, restraint on narcotics and other such areas. During the meeting, India and China also discussed issues of mutual interest. First of all, the issue of bilateral terrorism was discussed. Both countries welcomed the agreement between India and China in the field of security cooperation.

Home Minister Rajnath Singh also raised the issue of Pakistan-based militant outfit Jaish-e-Mohammed's gangster Masood Azhar during the interaction. India has proposed Masood Azhar in the list of international terrorists in the United Nations, but China has repeatedly opposed it.

During the talks, India asked China to cooperate in declaring Masood Azhar, the leader of Pakistan-based Jaish-e-Mohammed, a global terrorist. China vetoes India's application to the United Nations in this regard every time.