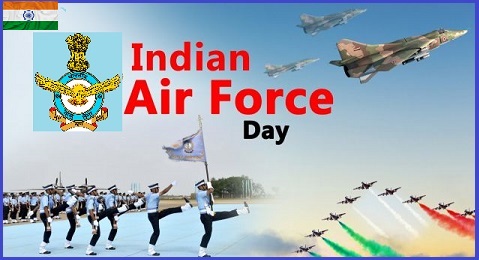 The Indian Air Force Day was first celebrated in the year 1932 as an auxiliary Air Force of Indian Empire.

Since establishment, Indian Air Force has been involved in the following operations and wars:

The Indian Air Force is known as 'Bharatiya Vayu Sena' in Hindi. The President of India holds the rank of Supreme Commander of the IAF.