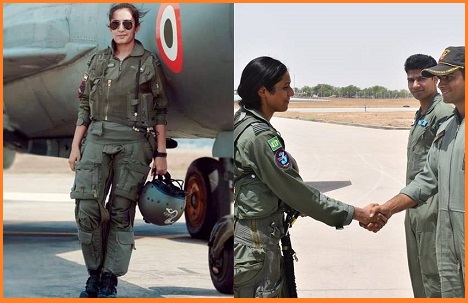 Bhawana Kanth was one among the first batch of women fighter pilots of the IAF, who joined in July 2016 along with two more female pilots.

Bhawana Kanth was born on 1 December 1992 (26-years-old) in Barauni, Bihar. Her father Tej Narayan Kanth is an electrical engineer in Indian Oil Corporation and mother Radha Kanth is a housewife.

Bhawana Kanth did her schooling from DAV Public School in Barauni Refinery. Later, she joined Bachelor of Engineering in Medical Electronics from BMS College of Engineering, Bengaluru and graduated in 2014 and was recruited for IT giant Tata Consultancy Services.

After, Bhawana Kanth took the UPSC Combined Defence Services competitive examination and was selected to be commissioned into the Air Force. As a part of her Stage 1 training, she joined the fighter stream.