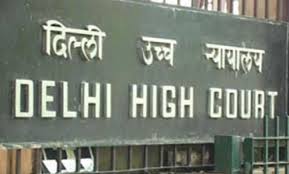 The Delhi High Court in a verdict stated that a candidate who has developed varicose veins and was operated upon later is unfit to join the armed forces as it entails working in extreme conditions and involves more physical activity.

The Delhi High Court vedict was made by a Bench of Justice Hima Kohli and Justice Pratibha Rani.

The Delhi HC was hearing a petition by a man who had cleared the written examination for the post of constable in the Central Reserve Police Force (CRPF). However, he was declared medically unfit on three factors viz varicose veins, tremors, and tachycardia.

The plea claimed that he had been operated upon for varicose veins at a hospital in Rohtak in May 2016 and was declared to be fit for recruitment to the post of Constable (GD) in CAPFs by the chief medical officer of Jhajjar’s general hospital.

After undergoing correctional surgery and on being declared fit, the man applied for a review medical examination, which was conducted on August 27, 2016. He claimed that the review medical board declared him unfit without even examining him.

The Delhi HC dismissed the man’s petition challenging the decision to declare him medically unfit for the post of a constable in the CRPF.