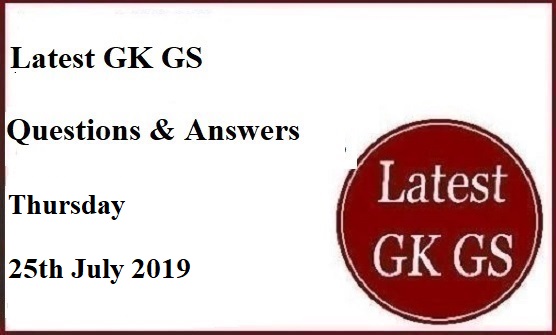 1.  Who has been chosen as the next Prime Minister of United Kingdon?

2.  India ranked at which position in Global Innovation Index 2019?

4. Which state government has decided to bring a legislation to ensure journalists’ job security?

5.  Biswa Bhusan Harichandan has taken charge as the Governor of which among the following states?

6. Which government department has initiated 'no bill, no payment' campaign on complaints about vendors charging money arbitrarily?

7. In which city of India amount of pollutant particles of ozone has increased almost one and a half times during the last one year?

9. Which state’s assembly has passed a bill raising OBC quota to 27 percent?

10.  After the successful launch of Chandrayaan-2 by India, which country has expressed a desire to work on space programs with India?