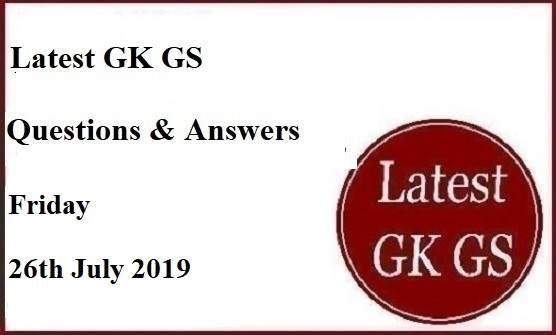 1.  When is the 20th Anniversary of Kargil Vijay Diwas is celebrated in India?

3. Who has been appointed as UK’s first Indian-origin Home Secretary?

4.  MS Dhoni will be deployed with the Territorial Army Battalion in which Indian state?

5.  Who was elected as Deputy Speaker of Goa Assembly?

6. Which country has developed a method to convert Jute fibre into Bio-Degradable plastic alternative called ‘Sonali’?

7. In which state the Union Environment Ministry has recently declared monkeys a Vermin for a year?

8. In which city Prime Minister Narendra Modi has announced the creation of a museum in memory of all the former Prime Ministers?

9. Which educational institute has launched AI App CARE4U for the benefit of senior citizens?

10. Which among the following nations fired two projectiles toward East Sea?