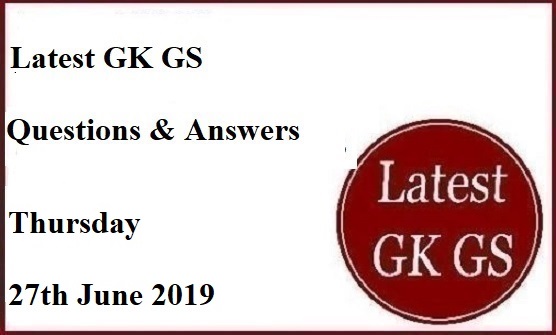 2. Who was appointed as new Intelligence Bureau (IB) Director?

3. Who was appointed as new RAW Chief?

5.  The IOC has stripped the Olympic status of which among the following International sports associations?

6. What is the name of the Indo-French joint air exercise in which IAF participating starting from 1st July 2019?

9. Mohamed Ould Ghazouani was elected as the President of which country?

10.  What is the name of US Secretary of State who met Prime Minister Modi recently in his India visit?

11. When is International Day in Support of Victims of Torture observed every year?

12. When is International Day Against Drug Abuse And Illicit Trafficking observed every year?