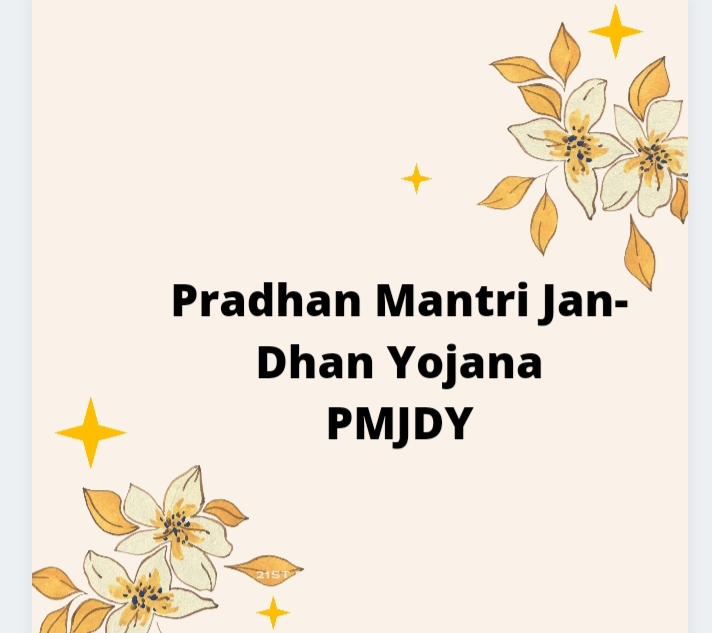 The Yojana was implemented under the Ministry of Finance by Finance Minister Nirmala Sitharaman .The Yojana aims to provide access to various

FinancialServices like Pension,Credit,Insurance and other.Pradhan Mantri Jan-Dhan Yojana completed its 6 years of successful implementation in August 2020.

*This scheme is also certified by Guinness World Records by opening 18,096,130 bank accounts in just a week.

*The scheme covers both rural and urban areas and provide a RuPay Card to each account holder.

The scheme occured in three phases:

*Phase I lasts from 15 August 2014-14 August 2015 and during this period ,the government provided universal banking facilities for all the household

families,with a basic bank account with RuPay Debit Card ,in which the beneficiary would receive an inbuilt accident insurance cover of

Rs. 1 Lakh.Kisan Credit Card was also issued during this period.

*Phase II lasts from 15 August 2015-14 August 2018 and this period provided some microinsurance and pension schemes to people.

*Phase III,after 14 August 2018 and during this period accidental insurance was provided.The scheme focused on opening bank accounts for every household with an existing draft of Rs.10,000.

*A mobile app named Jan Dhan Darshak App was launched for the citizens to be in banking touchpoints.

Budgetary Process, General Budget, and Railway Budget at the...