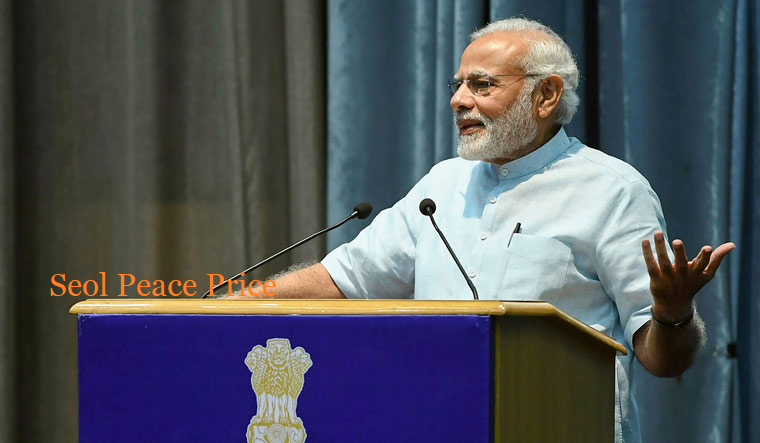 PM Narendra Modi made the entire nation pleased and delighted by getting one of the most respected Awards of 2018 Seoul Peace Price.

This award is given to Prime minister for enhancing the International Co-Operation, economic growth also the step he has taken of Demonetization by which clearing of black money initiative has been done. His enormous work towards the development and making the country more strong in every field.

He is credited by ‘Modinomics’ for reducing the difference between rich and Poor. His contribution to global peace and having good relation & proactive foreign policies all over the world. Modi becomes the well deserving for this Prize.

The Seoul Peace Price was established in 1990 as a monetary award to take place in order to make people remember a special event of 24th summer Olympic Games held in Seoul, Korea in which 160 nation across the world took place.

Earlier many people honored by this Prize like German Chancellor Angela Merkel, former UN Secretary-General Kofi Annan and many more.