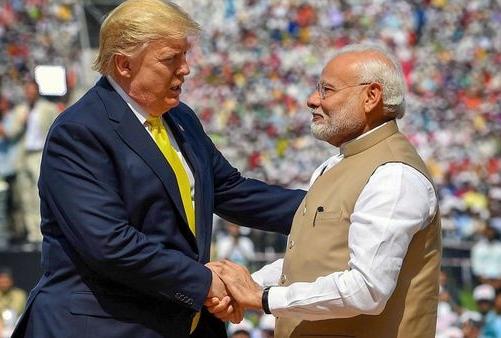 Candidate of The Republican party and present President Donald Trump has released his first election Campaign video in which he has included Prime Minister Narendra Modi’s NRG stadium during his Huston visit and Trump’s footage holding hands off each other.

This video start with this footage of Modi and Trump showing the priority and importance of Modi Even in United States Presidential Election.

More than 2 million Indo-American lives in United States, to attract them and show the Importance of their maternal Country importance in America, Donald Trump started Election campaign with video showing Friendship with Indian Prime Minister.

As on Tuesday, 3 November, 2020 There’s of United state Presidential Election. For which Republican Party have started their Campaign from now.