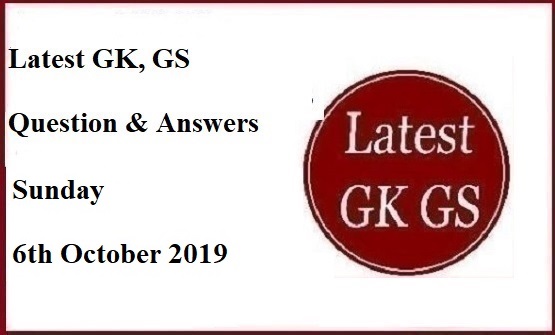 1. India and Bangladesh signed how many agreements on 5th Oct 2019?

2. Which Indian cricketer has become the first Indian player who played 100 T20 internationals?

3. Which PSU company has announced to launch an initiative to turn plastic into bitumen?

3. As per IMD Smart Cities Index 2019, which smart city topped in India?

4. Which Indian player has become the first Indian athlete to qualify for Tokyo Olympics 2020 in individual competition?

5.  Who was recently named as MD and CEO of Tata Communications?

6.  Which state has launched the YSR Vahana Mitra scheme recently?

7. What is the name of the audio guide facility app launched by the Ministry of Tourism?

8. Who among the following was recently appointed as chief justice of Punjab & Haryana High Court?

10. How many states including Delhi, Uttar Pradesh have issued 15 point guidelines to save Ganga from pollution?

11. When is World Teachers’ Day celebrated every year?