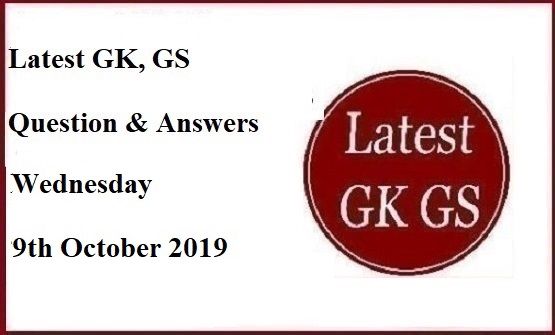 3. Who will perform Shastra Puja in France after receiving the first Rafale fighter jet?

4. Which organisation hosted the celebrations of the first World Cotton Day in Geneva?

6. India recently received the first tranche of details about the Indian Citizens account in which institution?

7. Who has been awarded the UNEP’s Asia Environmental Enforcement Award 2019?

8. When was the first World Cotton Day celebrated?

9. The Supreme Court directed which state government to assure that no more trees will be cut in the Aarey colony?

10. How much monetary assistance will be provided to the families of battle casualties after the Government’s latest hike?

11. Which country has fined 80 people and groups for alleged 1MDB payments?