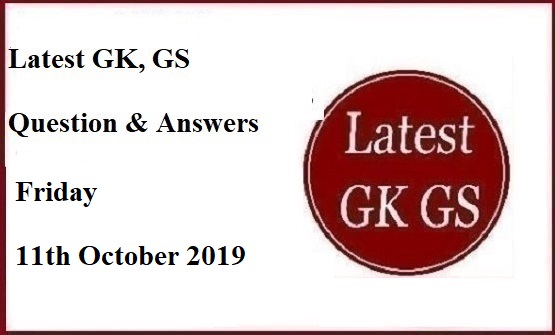 1. When is International Girl Child Day celebrated every year?

2. When is World Sight Day celebrated every year?

3. When is World Mental Health Day observed every year?

4. India has condemned which country’s military offensive in Syria?

5. Which state has lifted travel restrictions on tourists?

6. After Union Cabinet’s approval, what is the new honorarium amount that will be given to ASHA workers?

6. Which Programme has been launched by the Union Government to encourage talented children to enrich their skills?

7. Who has been awarded the 2018 Nobel Prize in Literature?

9. Which Bank has recently reduced the lending rates by ten basis points?

10. India was ranked at which position at the Global Competitiveness Index 2019?