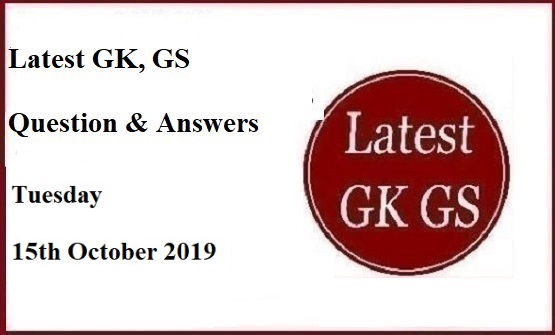 1. when is the World Students' Day celebrated every year?

2. When is the World Standards Day celebrated every year?

4. Which medal was won by Indian boxer Manju Rani in the 48-kilogram weight category of the Women's World Boxing Championships?

5.  What percent of India’s growth rate has been projected by the World Bank for the current financial year?

6.  When is World Day Against the Death Penalty observed?

7. Which country's energy company ‘Total’ has announced to buy a 37.4 percent stake in Adani Gas?

8. Which international organization has recently published a report about the violation of labour rights in tea gardens of an Indian state?

10. What is the name of an Indian nun who was declared saint by Pope Francis recently?

11. What is the name of the person who invented the ‘Phenakistoscope’ and Google celebrated his 218th birthday with a Doodle recently?

13.  Which state/UT has started postpaid mobile service after 70 days of ban?