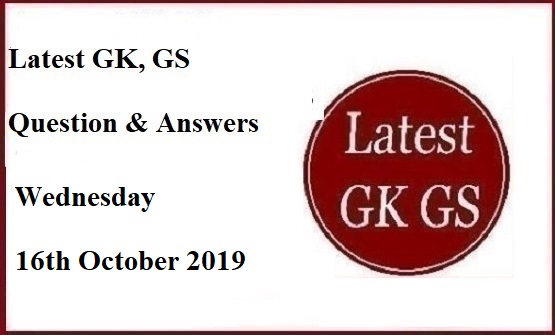 1. When International Rural Women Day is observed every year?

2. Which rule will decide a winner during a tie match as per the new ICC rule?

3. Who among the following was recently elected as president of Tunisia?

4. What is the name of a joint military exercise that will be held between India and Japan at Mizoram?

5. The United States recently imposed sanctions on which country over its incursion into Syria?

6. Which Indian Airlines became the first in the world to use Taxibot on an A-320 aircraft with passengers on board?

7. Justice Arup Kumar Goswami was recently sworn-in as the Chief Justice of which High Court?

10. when is the World Students' Day celebrated every year?

11. when is the International Day of Rural Women celebrated every year?