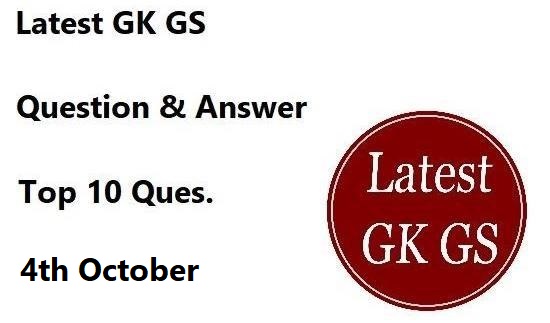 1. Which alcohol control initiative has been launched by the World Health Organization (WHO), recently?

2. According to UNCTAD’s latest report “Trade and Development Report”, which is India’s GDP growth forecast for 2018?

4. India’s first methanol-based alternative cooking fuel is going to be established in which state?
Ans:- Assam

5. Which state government has launched its own food security scheme to cover those left out from NFSA?

6. The third highest national flag was unfurled recently in which city?
Ans:-  Guwahati

7. Barham Salih has been newly elected as the President of which nation?
Ans:-  Iraq

9. Who has been elected as the President of Hockey India?
Ans:-Mohd Mushtaque Ahmad

10. When was the International day of non-violence observed?
Ans:- October 2