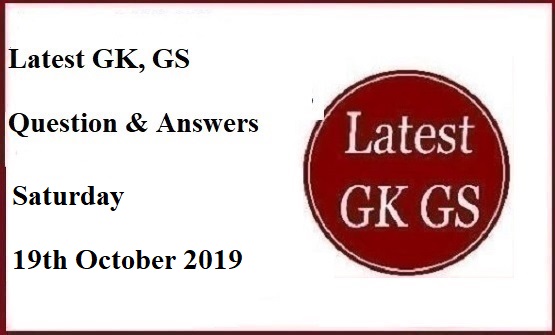 1. Which State’s Legislative Council was abolished recently on October 18, 2019?

2. Who has been recommended to be appointed as the 47th Chief Justice of India?

3. Which State topped the India Innovation Index 2019 of NITI Aayog?

4. Which organization recently retained Pakistan on its Grey List for its failure to combat terror funding?

5. Which Union Territory got the first rank in India Innovation Index 2019?

6. What percentage of Indian Children are underweight as per the recently released UNICEF report?

7. According to the report released by which international organization, India's economic growth rate for the year 2019 and 2020 will be 6.1% and 7% respectively?

8. How many agreements have been signed between China and Nepal during a bilateral meeting?

11. What percentage of growth was recorded in the 2019 Livestock Census in India?

12. Which country is opening its first graduate-level, research-based AI university in the world?

13. What is the name of India and Oman Air force Joint Exercise?