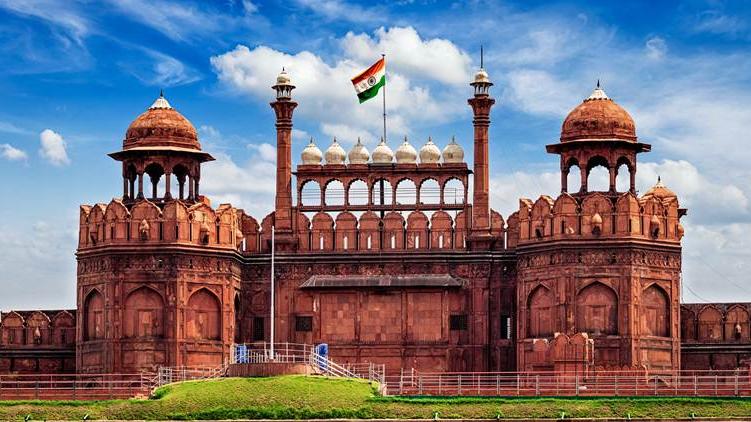 Red Fort of Delhi is a very popular historical monument as the national flag is hoisted on 15th August and 26th January on the auspicious occasion of Independence Day and Republic Day respectively.

In 1638, the Mughal Emperor Shah Jahan moved the capital of his empire from Agra to a newly constructed city in Delhi that he called Shahjahanabad.

Along with the construction of this new city, he laid the foundations of his palace, the Red Fort or Lal Qila. This massive walled citadel with red sandstone walls took nearly a decade to complete.

It is considered to be better planned than the Agra Fort, as Shah Jahan learned from his experience of living there.

This fort was the seat of the Mughal empire for around 200 years until it fell into British hands.

The last Mughal Emperor Bahadur Shah Zafar was coronated here in 1837, during which time it is said that his powers did not extend beyond the boundaries of his palace.

Ustad Ahmad Lahauridesigned the fort and it was constructed on the banks of Yamuna River whose water filed the moats of the fort.

The construction of the fort was started in 1639 and completed in 1648.