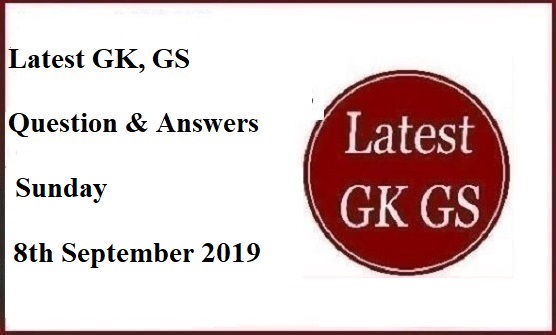 1. When is the International Literacy Day observed every year?

3. ICC appointed whom as its General Counsel and Company Secretary

4. Robert Mugabe passed away at the age of 95 on September 6, 2019. He served as the President of which nation for almost four decades?

6. Modi Government recently passes over Rs 5,000 crore for which project of Air Force?

8. Where did PM Narendra Modi lays the foundation of three metro corridors?

9. Which city is hosting the 28th edition of India-Thailand Coordinated Patrol exercise?

10. ISRO lost communication with Chandrayaan-2 on its landing before how many kilometers away from the moon?

11. Who assumed the charge of Chairmanship of Association of World Election Bodies recently?