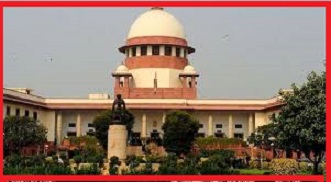 The Supreme Court of India on 26th September 2018 allowed live streaming and video recording of court proceedings across India.

The Supreme Court judges bench comprising Chief Justice Dipak Misra and Justices AM Khanwilkar and DY Chandrachud stated the government to frame rules in this regard under Article 145 of the Constitution.

The Supreme Court stated that live streaming of court proceedings will bring accountability and transparency into the judicial system and serve the public interest.

Attorney General KK Venugopal appeared on behalf of the Centre, had said that live streaming could be introduced as a pilot project in the CJI’s court on matters of constitutional importance and had also submitted suggestions on the guidelines for the live streaming.

Venugopal had said that the success of this project would determine whether live streaming should be introduced in other courts of the apex court and in courts across the country.

The SC judges bench in reply ruled, "Sunlight is the best disinfectant, let people get first-hand information about what is going on in courtroom proceedings.”

The SC had earlier reserved its verdict on the matter on 24 August 2018, saying it wanted to implement the concept of "open court" to decongest the courtrooms.

The SC decision came on the back of a clutch of petitions filed by senior lawyer Indira Jaisingh, law student Snehil Tripathi and NGO Centre For Accountability and Systemic Change.