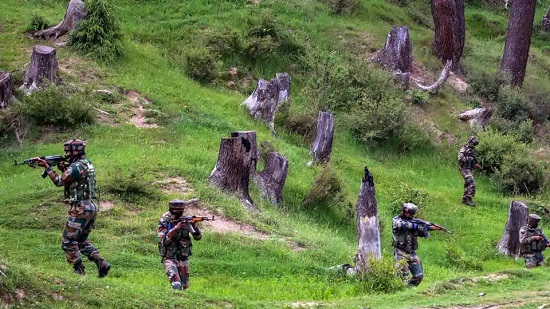 Indian army commando unit which carried Surgical Strike inside the Pakistan territory on 29 September 2016. They carried leopard urine with them.

The reason behind to carry leopard urine and feces is that Dogs are fear of Leopard. Indian army went 15km inside the Pakistan territory. They spread leopard urine and feces surrounding of the village. They did so in order to keep dogs from attacking them or barking at them as the crossed villages during their high-risk mission.

The strikes were carried out in response to a terrorist attack on the Army's brigade headquarters in Uri, Jammu and Kashmir on 18 September 2016. 17 Army soldiers were killed in the attack.

The Indian government proudly announced the successful military operation on the morning of September 29, 2016. In this operation, 4 launch pads were destroyed and 29 terrorists were killed. In June this year, the government released video of the surgical strike.

» Naxalism: Ministry of Home Affairs Goals for 2019 to clean 20 districts from Naxalite