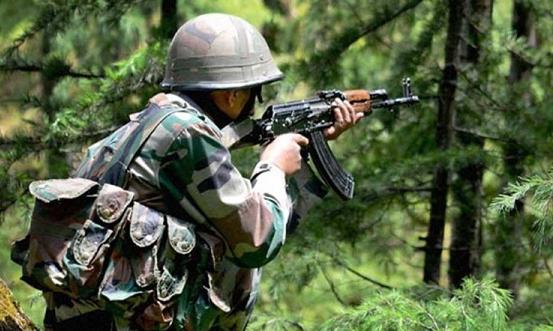 Indian Army's Surgical Strike in PoK was done with much precision and coordination.

After the attack in URI, PM getting vocal about it, plans and actions for a strike was already underway to present it to Defence Minister and final approval from Prime Minister.

Uri attack was an attack by four heavily armed militants on 18 September 2016, near the town of Uri in the Indian state of Jammu and Kashmir.

It was around midnight when the Army's Dhruv Advanced Light Helicopters with 25 commandos from 4-para and 9-para crossed the LoC into Pakistan-occupied Kashmir.

The helicopters dropped the commandos at earmarked spots and returned. They were now in enemy territory.

Ghatak platoon of 6 Bihar and 10 Dogra units were made part of the surgical operations as they were familiar with the terrain.

Few hours after the surgical strikes in POK, Pakistan government has released the photographs of 2 dead soldiers.

Pakistan already had it coming, and they were actually more sure that Indian Army will attack, but when & where was the question.

After years of terror strikes supported by Pakistan, the Indian Army has hit back with a textbook surgical strike that caused heavy casualties including 2 Pakistani soldiers and destroyed seven terror camps.