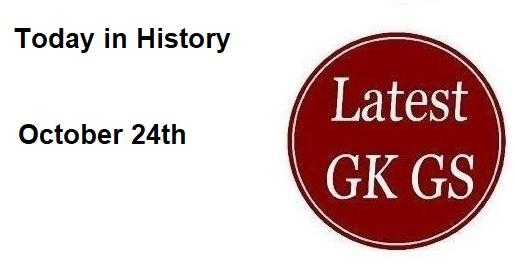 The details of the other major events recorded in the history of the world on 24th October are as follows: - 1605: After the death of Akbar, Shahzada Saleem took over the reins of the Mughal Sultanate.

In history, he is known as Jahangir. 1777: Birth of Bahadur Shah Zafar. The last Mughal emperor is remembered as a shayer, composer, and calligraphist more than a king.

Zafar did not have the "two yards of the land" of his own land and he breathed his last in Rangoon: now Yangon.

1851: Calcutta: Now the opening of the first official telegraph line between Kolkata and Diamond Harbor:

1921: Birth of RK Laxman, the most celebrated and respected cartoonist of the country. Through 'Common Man', Laxman enjoyed masterminding the burning issues of the country in a very satirical style in the ranks.