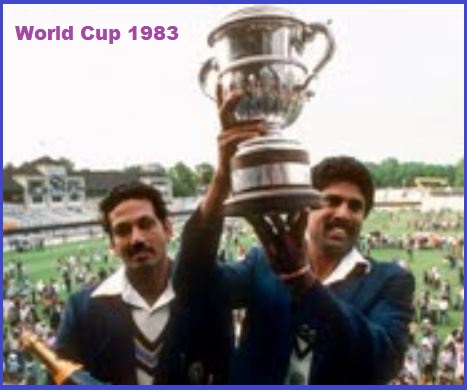 Earlier, the West Indies had won the first two editions of the cricket world cup, held in 1975 and 1979.

The World Cup 1983 tournament, held from 9 June -25 June in England and Wales, which saw participation from 8 countries.

The matches comprised 60 overs and were played in traditional white clothing and with red balls. They were all played during the day.